We've been shortlisted for best digital start up in the South West. As a small agency it is wonderful to be considered amongst other cool digital products and services.

The StartUp Awards National Series has been launched to recognise the booming startup scene across the UK which has accelerated since the pandemic began. In 2020, when most of the world was shutting down, more than 400,000 startups were set up in Britain, with similar increases seen in other European countries.

There was stiff competition with over 2,500 applications received in response to the Startup Awards National Series’ first-ever call for entries.

Professor Dylan Jones-Evans OBE, the creator of the StartUp Awards National Series, said: “​​New firms are important for generating economic prosperity, employment opportunities and innovation. Since 2016, the Wales StartUp Awards have celebrated this amazing annual contribution to our economy by entrepreneurs and the impact they have on communities across the nation.

“Given the sheer volume of phenomenal startups we’ve heard from since then, as well as the huge post-pandemic shift in people’s desires to take their career in a new direction and set up a business against the odds, we felt it was the right time to take the programme nationwide. We’ve been blown away by the standard of entries in this first year and truly look forward to crowning the winners in June.”

"Redcar and Cleveland are delighted how their LGD project is going"

"This is looking really good ... we’ll be able to press on with the main build to make a really nice website for them. It will be a great showcase for us to show other potential clients."

I seem to be booked for most of 2022, which is great for me not so much for the vegetables.

I'm always interested in hearing about a new project though so please do get in touch, it's justine@ (this website). 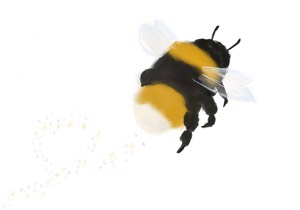